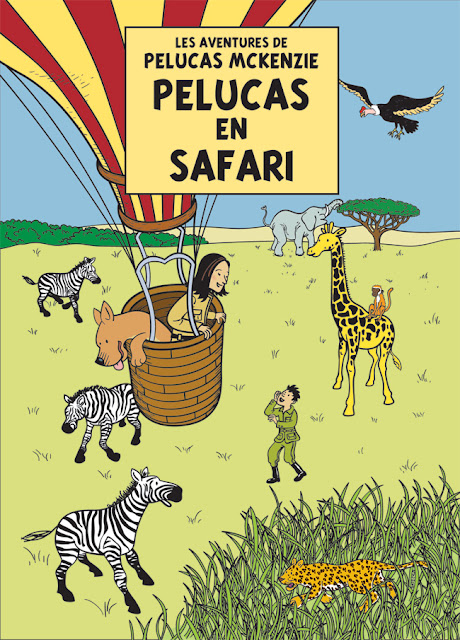 In November, I was hired to create a custom Tintin poster as a surprise Christmas gift by a man for his fiancée. He came to me with what he wanted represented in the image (which is meant to look like the cover of a Tintin book) along with some photos and I put together a few sketches.

It's important to give your client what they ask for but to find the right spin on it. Originally, he requested that the balloon (and fiancée) be on the ground but I found that the composition wasn't going to be dynamic enough and it would be hard for a viewer to know what to focus on. So I brought the balloon to the foreground.

He wanted zebras, an elephant, a giraffe, a leopard, a Great Dane, a bird and a Vervet monkey.

I poured through Tintin books at the library (and at my parents' house) to really understand how Hergé would have done these characters and the background. His style is so simple and each line is perfect and intentional; it can be a little daunting but I was able to work it out.

Below are some screenshots I took while I worked: 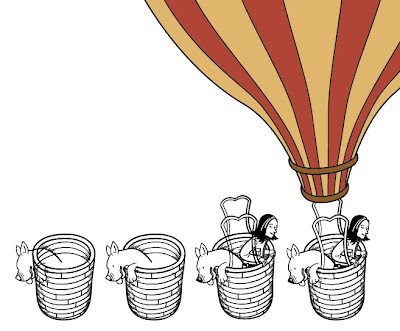 The progression for the balloon and basket. Although very little of the balloon shows in the final piece, I drew it in its entirety. 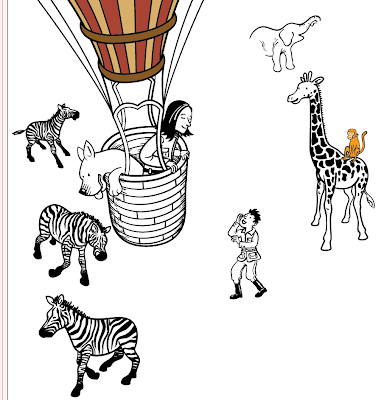 The various characters start coming together. 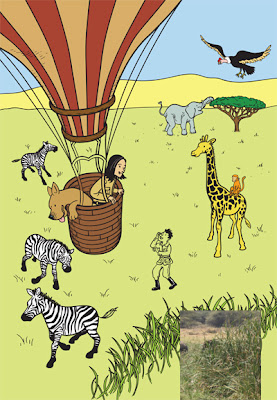 Mostly done. The photo at the bottom right is a portion of a shot I took in Africa in 2007 and I was using it to try to get the tall grass right. In the final piece you'll note that the zebras have been switched around (which meant thickening or thinning the line weights accordingly) and a few elements were moved to improve the flow.

My client's fiancée loved the gift and the poster/book cover is framed and hanging in their home.
Posted by edfredned at 9:23 AM No comments:

Grammar Illustrated: Two, Too and To 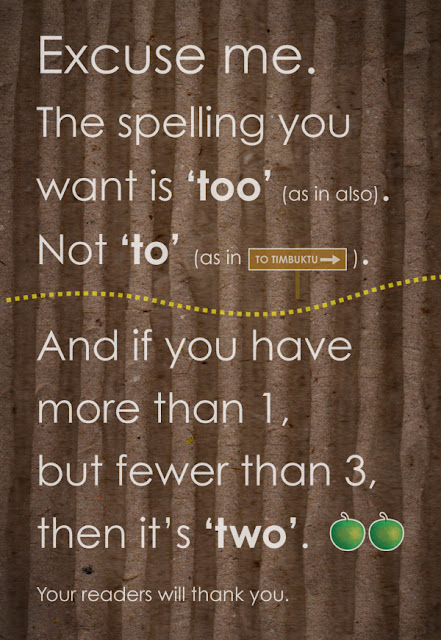 Posted by edfredned at 1:45 PM No comments: