At the printer!
I just finished up a holiday card for a client and although it wouldn't be fair to show it before my client's friends and family get to see it, I thought it would be ok to show some details.

Here is some script hand-lettering I did for the panels of the tri-fold which incorporated some little playful icons describing the text. All the colors match the envelope liners I will be creating out of a beautiful hand-printed paper.

I have to say, I really got hung up on the script 'p'. I couldn't remember how to write it so I had to look it up online. The letter 'h' was my fave though. I could do that letter forever with all its wavy, intersecting lines! I'm looking for a client named harry h. hohner...

I'll post the actual card (and custom liners and envelopes and Zazzle stamps) sometime in December when my client (who is wonderful to work with!) says it's ok. 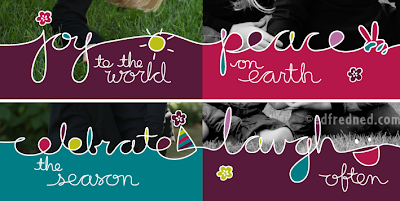 Posted by edfredned at 4:25 PM No comments: 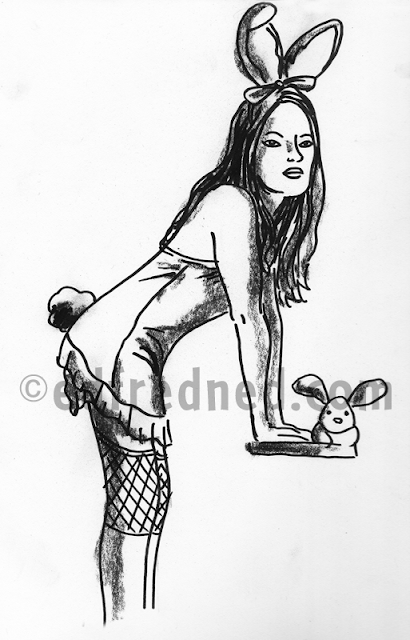 I went to the Boston Dr. Sketchy's on Sunday to do some figure drawing and I brought my dad who has been getting into drawing again. Dr. Sketchy in Boston (Dr. Sketchy's Anti-Art School was started by Molly Crabapple and is now in 16 countries and 100 cities) gets its models from local drag, burlesque and performance art and it really makes all the difference!

The model, who goes by the name Madame Lapin (french for rabbit- get it?), posed in a variety of costumes: a pirate, a secretary, a bunny, and a couple other costumes that made me glance over at my dad a few times to make sure he was ok (he was).

The drawing above was done in brush pen and then when I decided it was too boring, I added charcoal which I think really adds an interesting texture. I did a lot more but this was the only drawing small enough to scan. Once I've photographed 1 or 2 I like I'll post those as well. 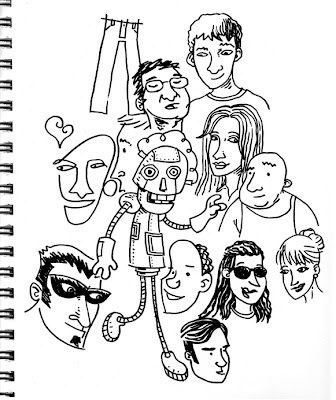 Posted by edfredned at 9:56 AM No comments: