Sometimes kids just need to be reminded how much they love to read so I illustrated and hand-lettered this poster and posted it on Etsy.

The quote is by the indefatigable Neil Gaiman, fan favorite writer of books and comic books (such as The Sandman from DC Comics). 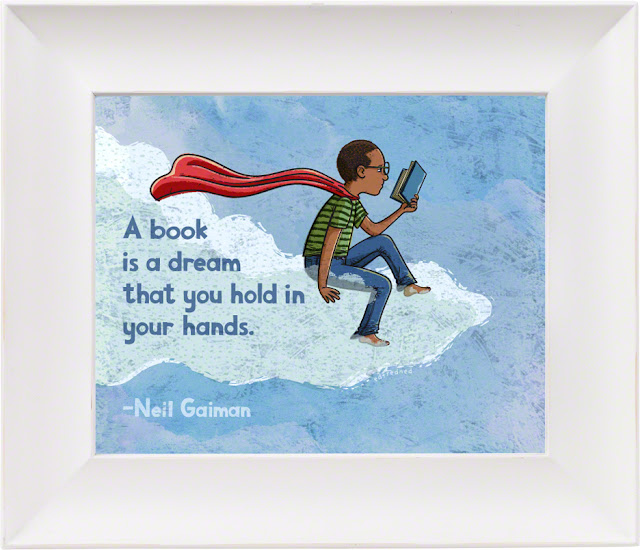 Here's a detail. Click on the image to enlarge. 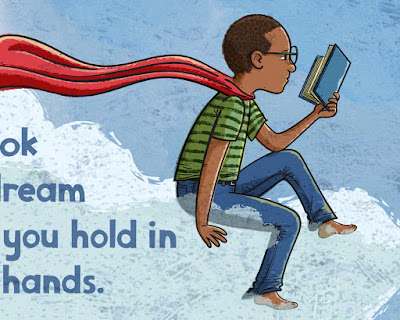 You can pick up a print in my Etsy shop.

Posted by Edfredned at 10:42 AM No comments:

I just finished a new commission for a client that continues a series that we started in 2011. This is the third Tintin book cover inspired poster I've created starring my client, his wife, their dog and their new baby.

Not many Tintin books (by Hergé- real name Georges Prosper Remi) took place in Japan so it took a bit of imagining to work out how Hergé would have drawn and colored Mt. Fuji, a samurai and the clothes necessary for this scene based on my client's recent trip to Japan.

The poster/book cover has been framed and is hanging in their home. 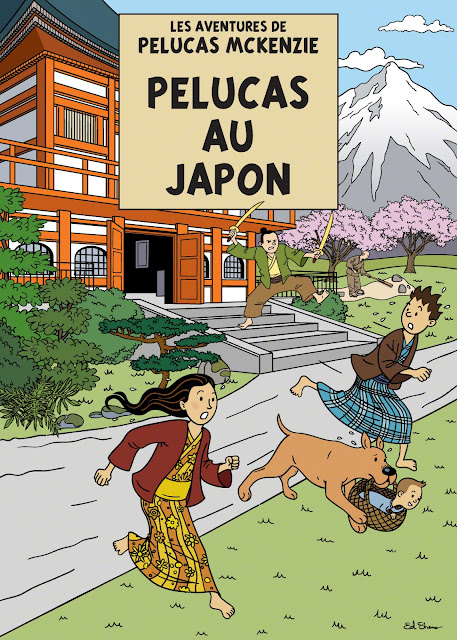 Here are some work in progress images:

Using reference to keep the style as close as possible to Hergé's. 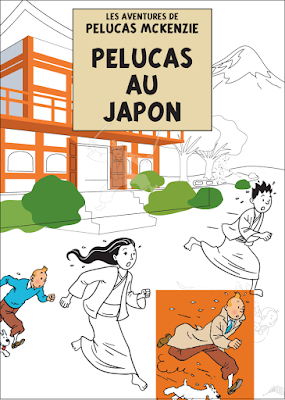 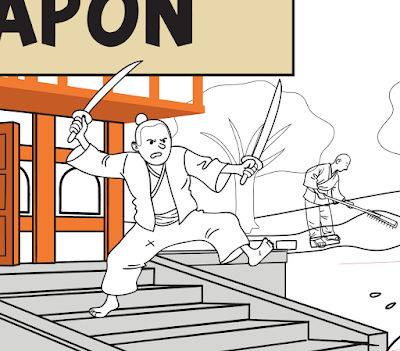 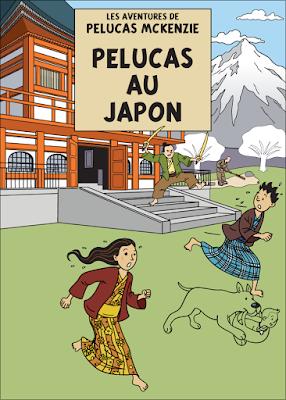 Almost finished. We did a bit of back and forth deciding on the colors of her yukata. Finally ended up in the blues. Also, my Mt. Fuji needed flattening. 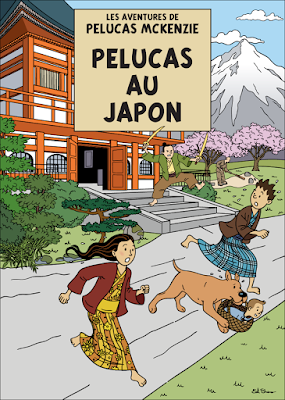 Check out the other posters in this series.

Posted by Edfredned at 7:39 PM No comments:

To Snow or Not to Snow… that is the penguin.

A client asked for a winter image to tell her audience about her upcoming music classes. Utilizing the colors from the company's logo (which I also designed) I created the following penguin. 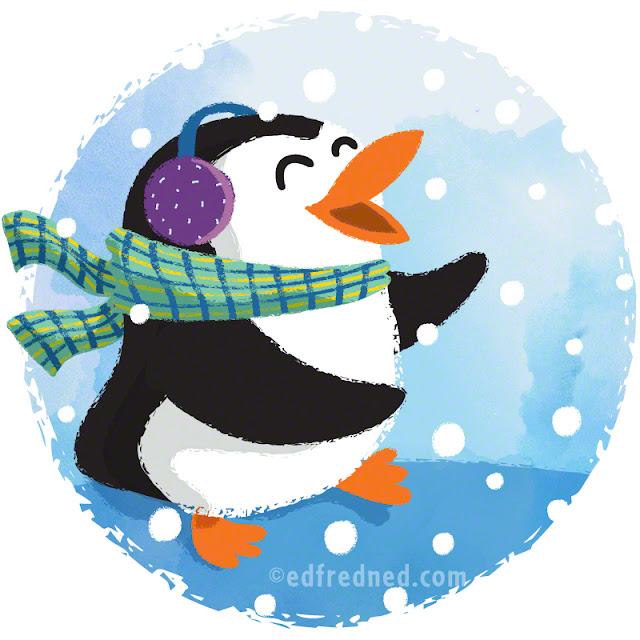 Here's the version I created for GroovyBabyMusic with text in place. She posted this image on Facebook and in an email to her audience. 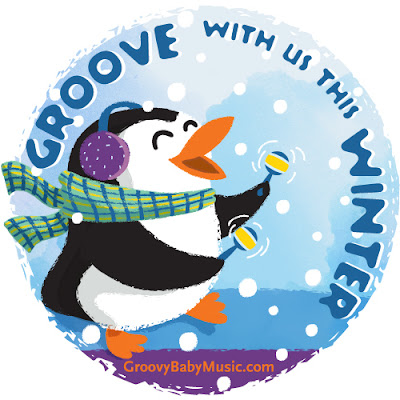 And here's the logo for the company. Pretty much all of the colors in the illustration are taken from here.

Posted by Edfredned at 9:41 AM No comments:

What My Kid is Reading- Secret Coders 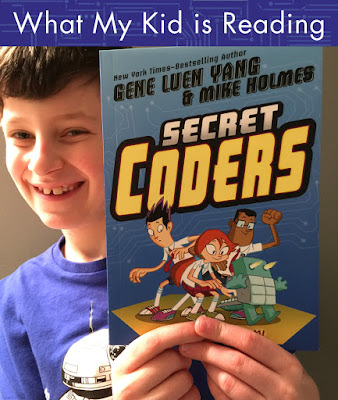 What's the book about?
About two kids trying to figure out the secrets about their school.

What sort of secrets?
There are some odd things about the school involving numbers.

How are they trying to figure things out?Look at the cover! Duh! [said with a bit of sass)

This book is a graphic novel. Was it a good read?
Yes. I definitely liked the illustrations (especially because they used a lot of green- my favorite color).

So obviously, there's something about coding going on in this book. Can you explain?
By reading this book you'll learn a lot about binary- which is a computer language- but it's not a strictly informational book, it's a fun book during which you learn some coding.

The author, Gene Yang, signed the book for you- what did he write inside?
He wrote a code and then my name and once I was done I was able to decipher the code. It was definitely cool! He was very, very nice. I met him at M.I.C.E. (Massachusetts Independent Comics Expo) last October.

Why did you want to read this book?
Because my dad suggested it to me and it sounded very, very interesting. And I love coding (and video games).

Who would you recommend this book to?
Anyone who is interested in computers, coding... you can be a beginner or know a lot already and still learn something. Plus it's a fun read.

More book reviews from Leo
Posted by Edfredned at 4:54 PM No comments: