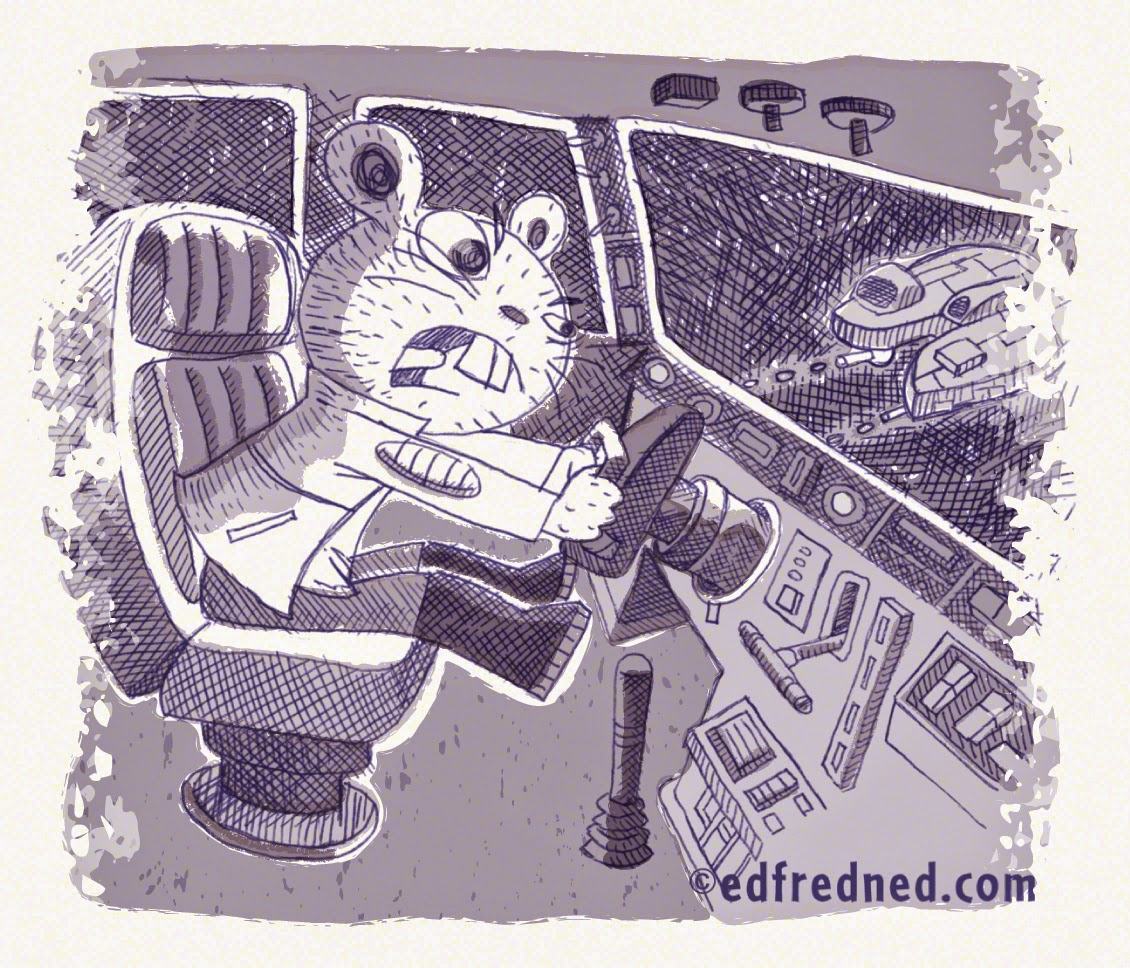 Below is where the illustration began. 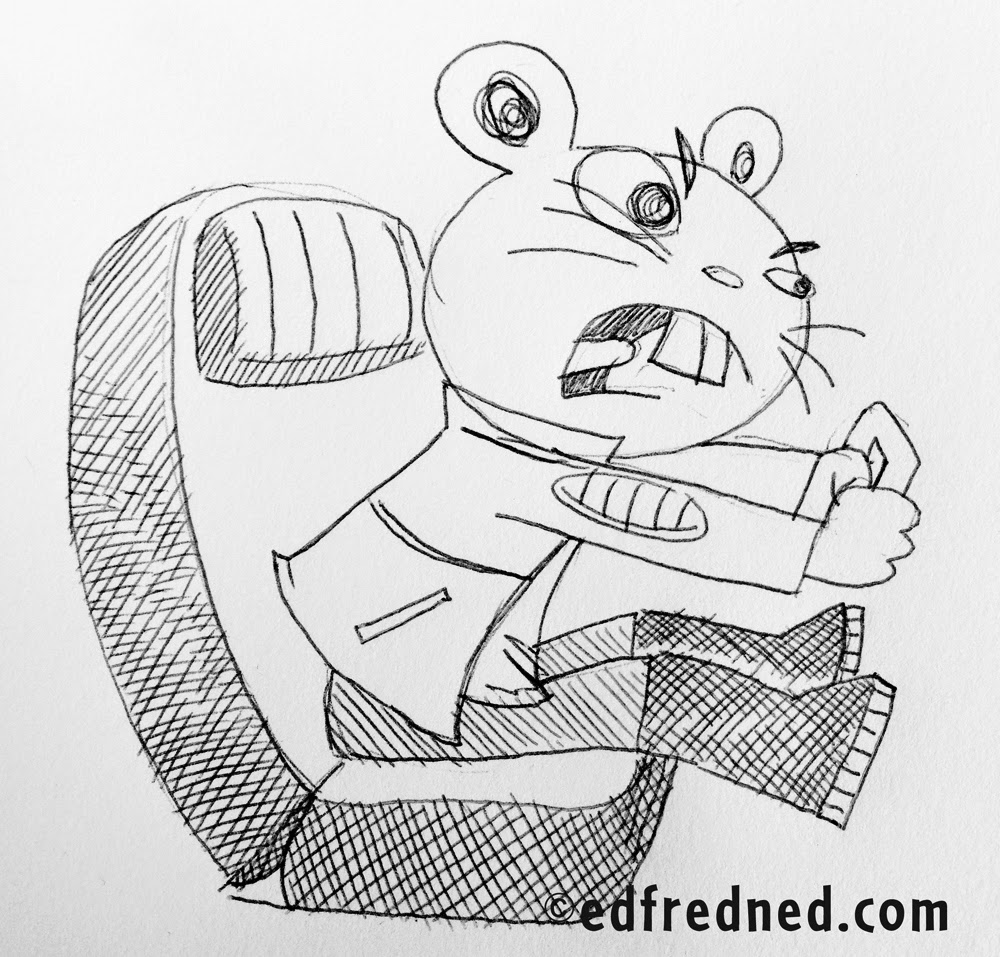 Posted by Edfredned at 9:00 AM No comments:

Last week, NBC's news anchor, Brian Williams, admitted that his story of being under siege in a helicopter in Iraq in 2003 which prompted a forced landing was not based on fact. Two days ago, Williams decided to step aside from his anchor job for several days.

Here is what I imagine Brian Williams is doing as he takes some time off.

Lying in Bed Just Like Brian WILSON did is a Bare Naked Ladies song about the Beach Boys' Brian Wilson who had a nervous breakdown and stayed in bed for 3 years. 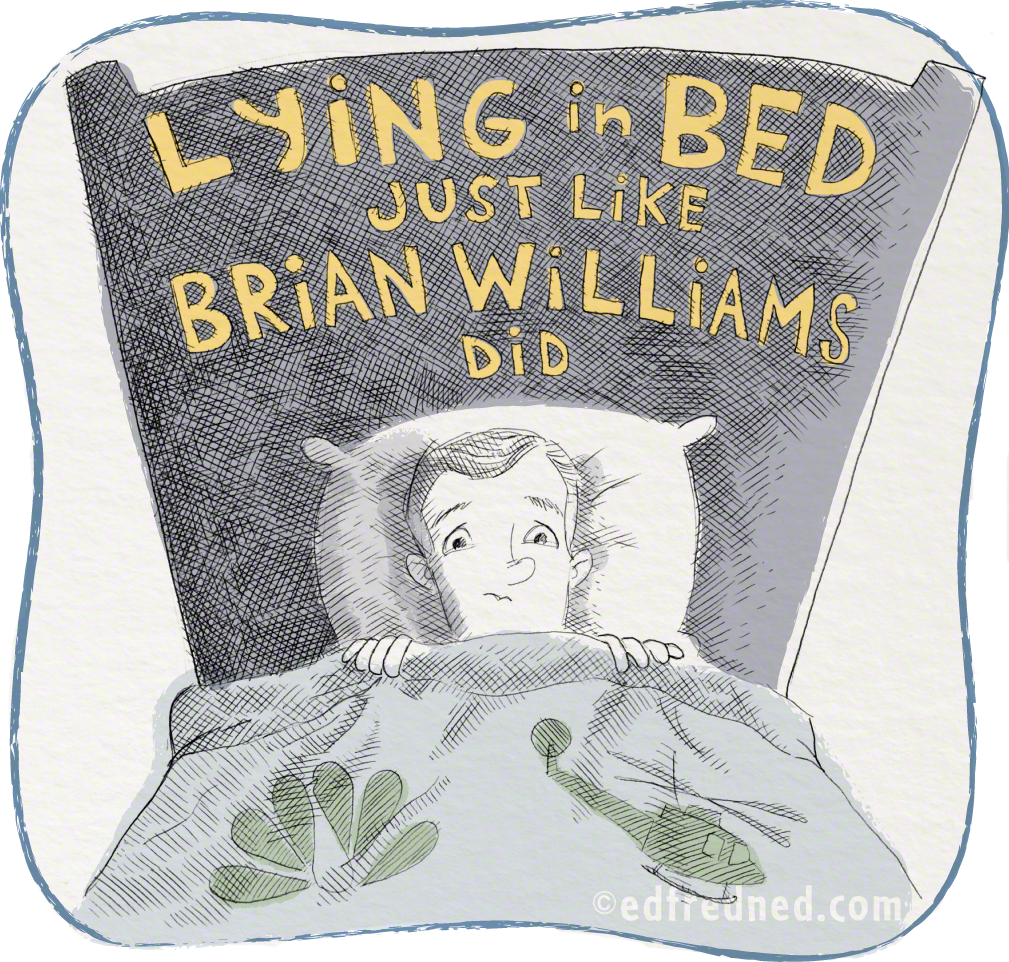 Posted by Edfredned at 4:33 PM No comments:

Happy Groundhog Day!
This year's theme (for the 3 people in the universe unfamiliar with a trend that has spanned 4 decades so far) is Star Wars and the Groundhog's shadowy nemesis is in the form of Darth Vader.

I've done a number of extra illustrations and sketches this year and you can see them on this blog.

If you'd like to see my Groundhog Day illustrations over the past many years I put together an album on Behance. 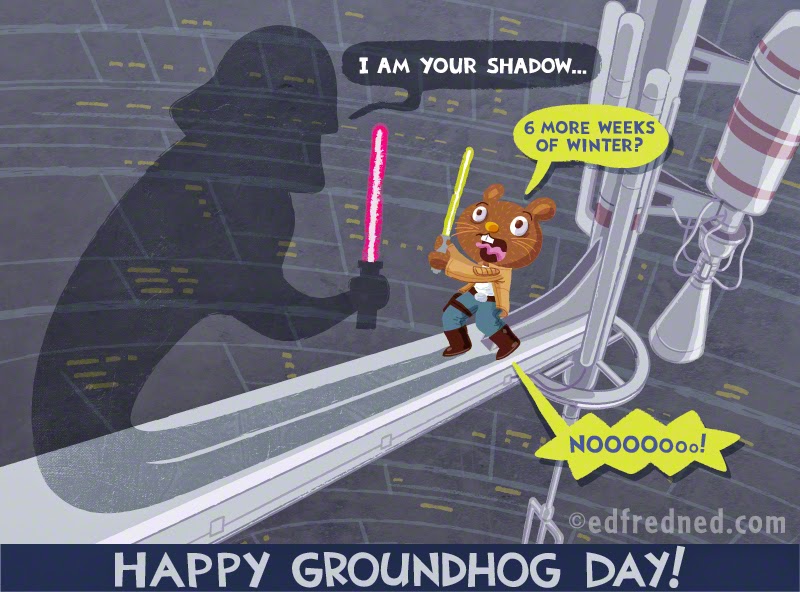 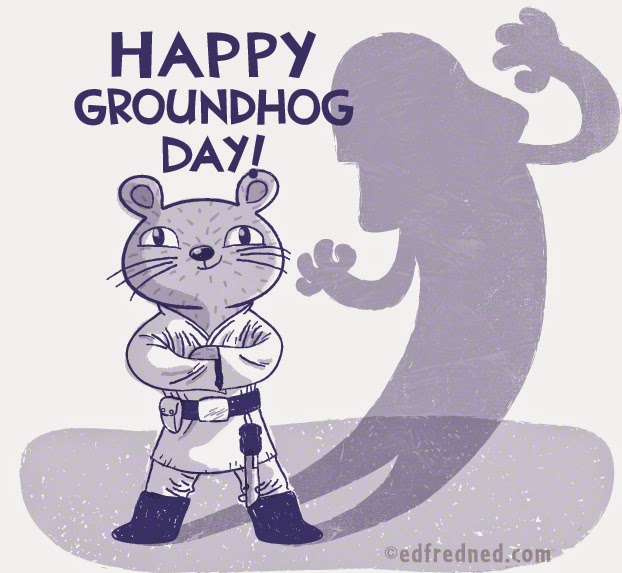 Posted by Edfredned at 12:01 AM No comments: