Girls in the Grass 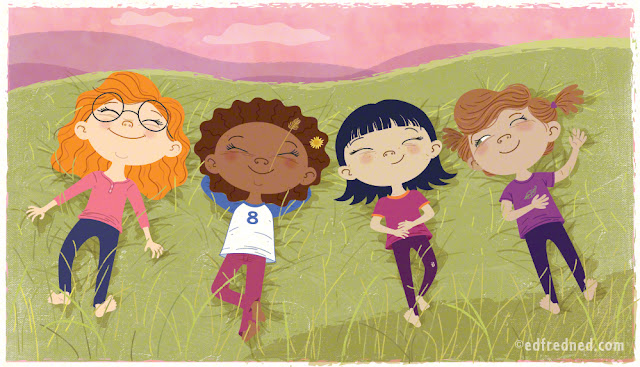 Picture book illustration
Posted by Edfredned at 9:51 AM No comments:

All ABout Books Event at Preschool

On April 3, I was the guest illustrator at the JCC Newton's preschool All About Books event (and also, ahem, pajama party). 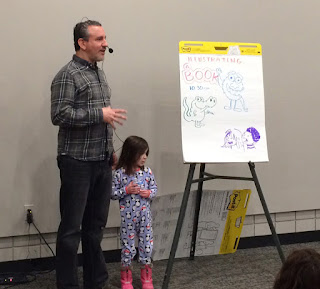 Each classroom previously explored and created their own versions of a favorite children's book and then displayed their final work at this event. It was really fantastic to see different interpretations of We're Going on a Bear Hunt, The Book with No Pictures and Pete the Cat (among others).

With the help of my four year old daughter, I did a presentation for the 2-5 year olds on creating a character (they wanted him/her to be silly) and then the kids helped me write the story as I drew in front of them.

We ended up with a one eyed silly monster/king named Yuni with a uni-brow and spots who had three arms and travelled around on a spring and a wheel. 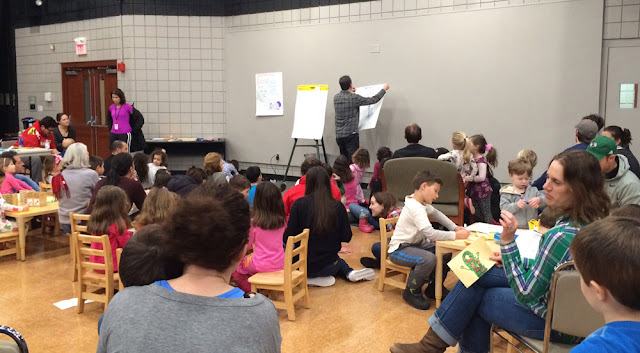 Once I was finished, a number of kids continued the drawings I had stuck to the walls while others made their own stories and turned them into books for me to see.

It was a fantastic event! 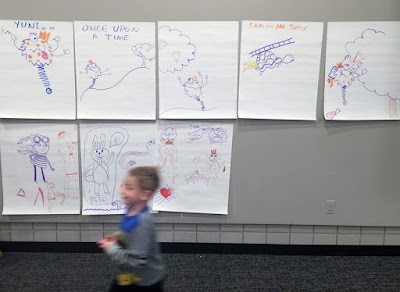 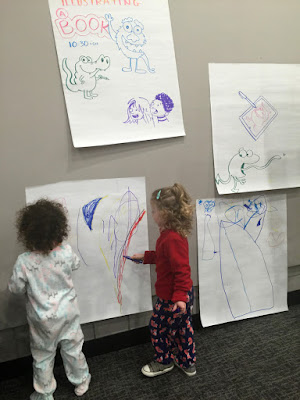 Posted by Edfredned at 10:35 PM No comments: