I just posted my new Yoga for Kids poster on Etsy.

Great inspiration (and motivation) for the kid's room or playroom. Also great for a yoga studio.

Full of fun animals and beautiful textures, this 18 x 24 poster is ready to frame!

Check out the poster 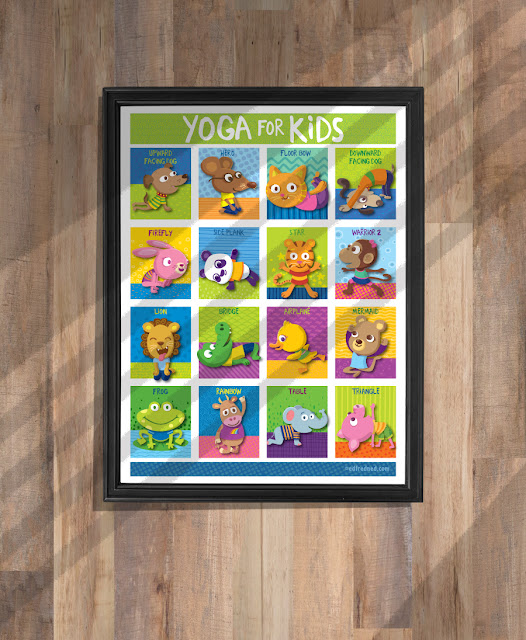 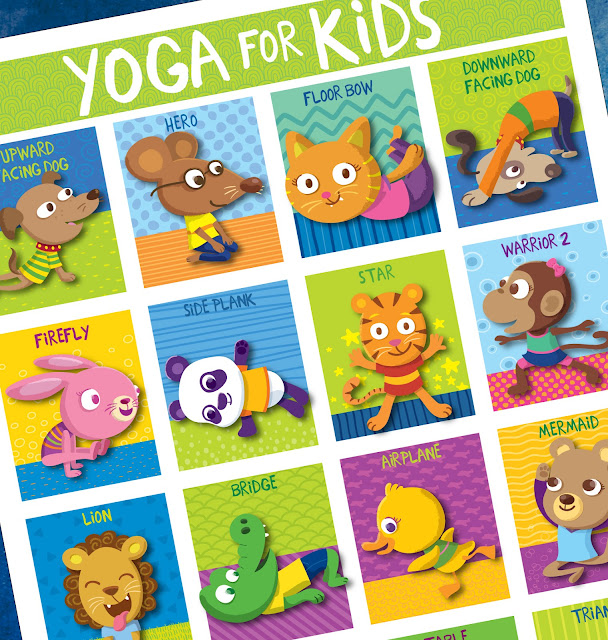 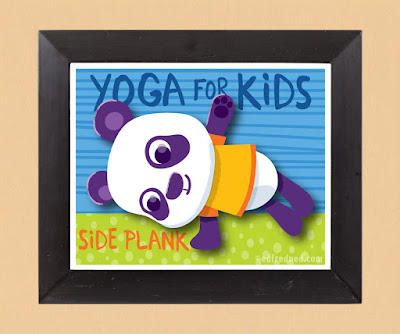 Posted by Edfredned at 10:18 AM No comments:

What My Kid is Reading- Numbed! by David Lubar 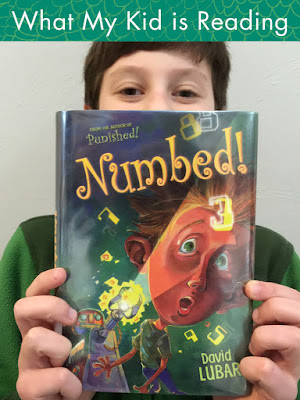 This book is from your school's Media Center. Why did you choose the book?
It was suggested by the librarian to my class.

What made it sound appealing?
The fact that someone is suddenly unable to use math and numbers. It would be interesting to see what it's like to not be able to tell time, count, everything having to do with numbers.

Tell me more about the book
Two kids get numbers erased from their brain and they have to get them back because they are about to have a math test. If the whole class gets a good average grade they'll get an ice cream party.

What's the time span of the book?
About two days. And you get to see what it's like at home and at school.

How'd you like it?
It wasn't amazing but it was good. I thought it would be more about what it's like without math and numbers but it was more about them getting it back. The author didn't show much about the consequences of no numbers.

But there was something really good about the book- all the chapters, instead of regular numbers, they're math equations.

Was part of the purpose of the book to learn math?
Yes.

Did you learn anything new math-wise?
Yes.

Was that okay?
Yup.

Did the cover make you want to read the book?
The cover was definitely odd- it stood out because it was weird.

Would you read another book by the same author?
Maybe. Depends on the book. I wasn't too much of a fan of this book.

Posted by Edfredned at 1:07 PM No comments:

I've been busy lately working on a few chapter books. Most of the illustrations I can't show yet so here are a few that I can: 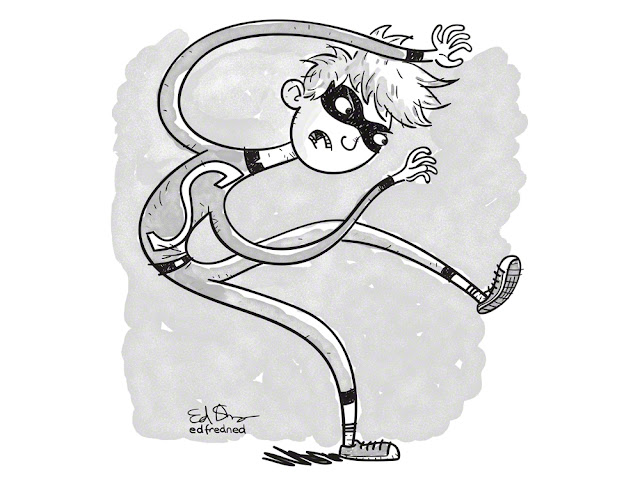 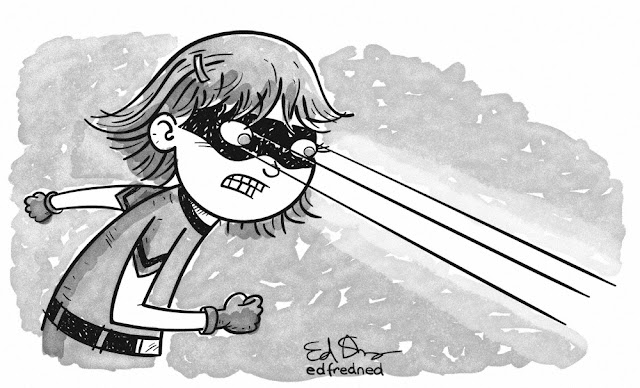 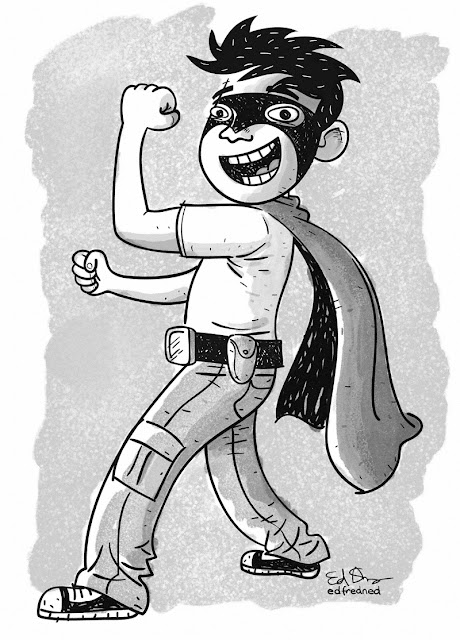 Posted by Edfredned at 11:17 AM No comments:

Leo read the new Diary of a Wimpy Kid in record time! I asked him to review it below. 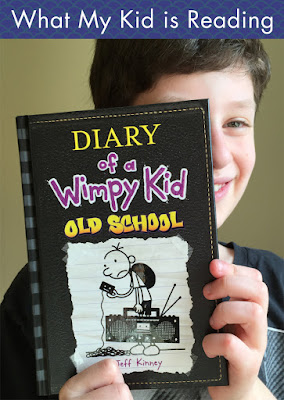 What was this book about?
Greg Heffley (the main character in all the books) gets into a lot of trouble as usual. Plus his mom has banned all electronics for a week after creating a petition. Also, Greg goes to summer camp. Eventually you start to feel badly for Greg because he's always either getting into trouble or trouble is getting him.

Were all the usual characters in the book?
Yep. But some weren't mentioned much. Manny was barely mentioned except for the no pants after dinner rule which was really funny.

Who was your favorite character in the book?
I'm not able to answer that question. The only point of view was from Greg.

So did you like Greg as usual?
Yeah, he was his normal frowning, slouching self.

What else happens?
They trained their pet pig to walk on his hind legs. And he wears shorts. He's nothing like Oink It's Olive (my cousin's pig). Also their grandpa moves in and takes Greg's room.

Where does Greg end up?
So Greg has to sleep next to Manny which is the worst thing for him because the bedtime stories he has to listen to are ridiculous.

Are there illustrations in the book?
Lots of them. There is at least one on each page. Sometimes more.

Do they help tell the story?
Yes. And sometimes they show Greg's thoughts which can sometimes be a little ugly.

Do you like the art style?
Yes! Everyone is in a slouched position unless they're happy (rarely) or lying down.

Would you recommend this book?Yes. It's been a very long series so you'd better catch up on the series.

Who would like this book?
Anyone. Including grownups because there are adult parts too.

Thanks Leo! Glad you enjoyed the book!

More book reviews from Leo
Posted by Edfredned at 11:13 AM No comments:

What My Kid is Reading- Quest for Justice: The Elementia Chronicles 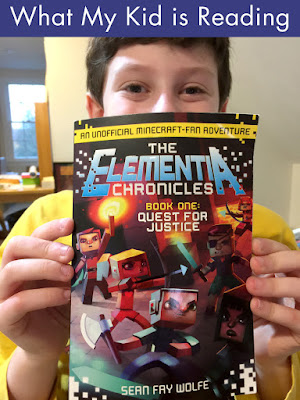 What was this book about?
It was about a new Minecraft player named Stan who wants to overthrow a king who created a server (a world that anyone can join). The king is ruthless and mean.

Do you have to be a Minecraft player to enjoy this book?
You don't need to know a single bit about Minecraft.

If you had never played Minecraft before, would this book make you want to play?
When I was done reading the book I felt like I wanted to be in the Minecraft world. Of course you can't so the next best thing is to play the game.

Would you recommend this book?
YES! Anyone who plays Minecraft or is planning to play should read this- because you recognize what's happening in the book from when you've played the game.

Any illustrations in the book?
No.

Was that okay?
Yes- it was easy to figure things out because it had amazing descriptions.

Is there a book two?
Yes.

Do you want to read it?
YES! Because there was a perfect cliffhanger at the end of book one.

More book reviews from Leo
Posted by Edfredned at 4:52 PM No comments: 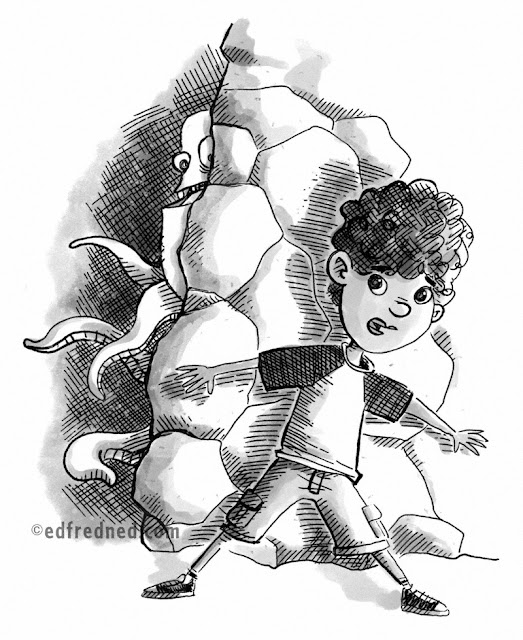 Posted by Edfredned at 11:52 AM No comments: