Challenges of a Disorganized Student

Engaging Minds is a learning and tutoring center in Massachusetts that helps students to enhance their academic engagement, and strengthen executive function and learning skills.

Dan Levine, President and Founder, was in need of visuals to help convey certain types of students and their challenges in his presentation to parents, and he called on me to create them.

The first student (below) is physically and mentally disorganized.

The second student is stressed out and has trouble concentrating.

The third student has poor planning and time management skills.

Attributes of student 1 include: 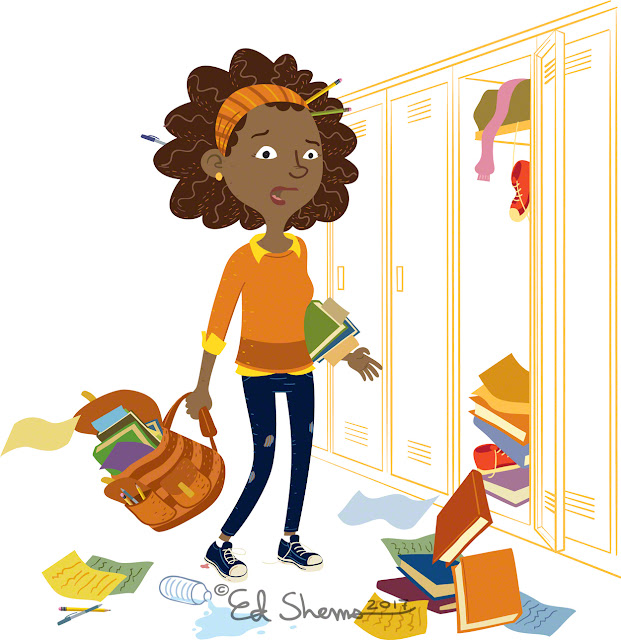 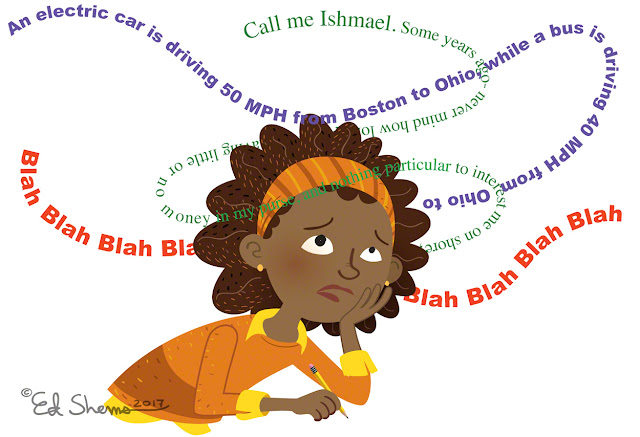 I'll post the other 2 kids another time.
Posted by Edfredned at 1:09 PM No comments:

All You Need is STUFF; logo, print, icon

Does it sometimes feel like we only want more and more stuff? The new iPhone, apps, cars, and anything else you can get from Amazon with a single click…

That’s where this design was coming from. 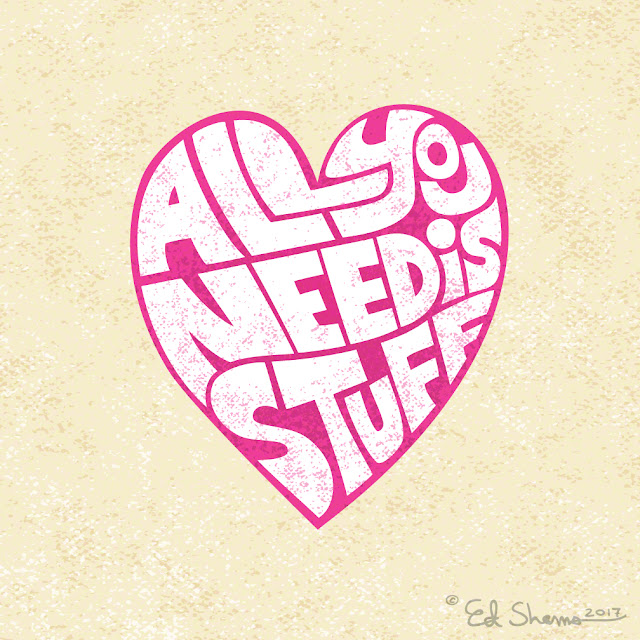 Posted by Edfredned at 9:55 AM No comments:

Drawing with my son

My son is smart- if he wants to stay up later than usual, all he has to do is start drawing. I never want to make him stop, plus it encourages me to draw more! 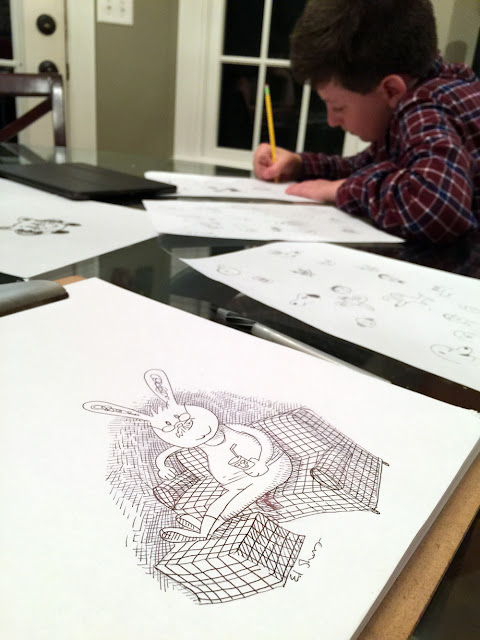 Here's the grandpa rabbit I drew: 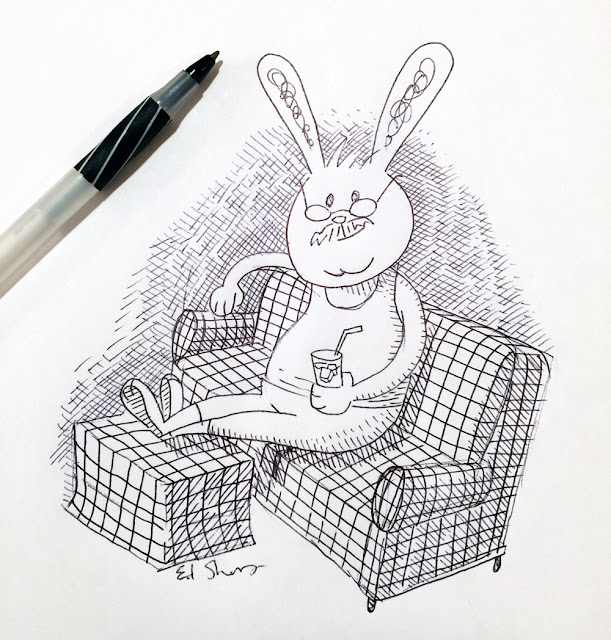 Posted by Edfredned at 10:36 AM No comments: 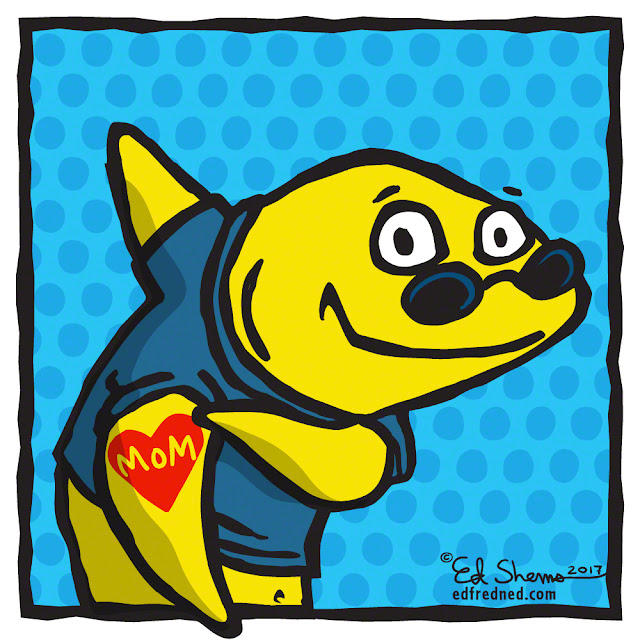 Even sharks can have a soft spot.
Posted by Edfredned at 11:28 AM No comments:

What My Kid is Reading- Spy School 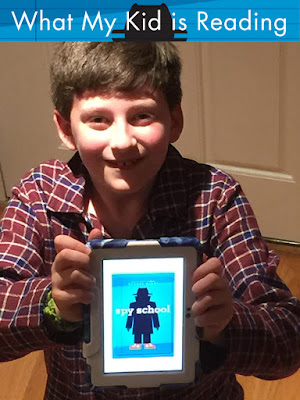 What's this book about?
It's about a kid named Ben who gets enrolled in a school focused on training kids to be spies for the U.S.

Does he know what he's getting himself into?
Yes, however there's more to the school than he thinks and he starts to figure it out throughout the book.

Is the story told by Ben?
It's told in the first person from Ben's perspective.

Who are the main characters besides Ben?
Throughout the story, Ben finds many accomplices, friends and enemies. Most characters you meet become main or strong supporting characters.

Who was your favorite?
It's tough to decide who was my favorite, but one of them was Zoe. The writer (Stuart Gibbs) developed her personality very well. Also, she has a tendency to give nicknames to every students in spy school, based on their first appearance, skills or anything about them.

Why did you enjoy this book so much?
It was brilliantly written. A lot of the plot twists were completely unexpected and went really well with the story. The characters were well developed and there was always something new added to the story.

I also really loved how at the start of every chapter you would find the chapter title, Ben's location, the date, and the time (army style). It made it feel like I was reading a top secret file.

Are there any illustrations in the book?
There are no illustrations but everything is described so well that the pictures pop up in your brain as if you (the reader) was in the book yourself. The book really makes you lose track of reality!

Why did you decide to read this book?
It was recommended by my friend, Owen. As I started reading it, I got sucked into it for days, it was so good.

Is this a funny book?
It's incredibly funny, with some slightly immature humor.

Who would you recommend this book to?
Anybody. The grammar isn't that complex, but when it's on the trickier side, Ben will always ask what it means, and one of his friends will always explain.

Is this book part of a series?
Yes. It's made up of 4 books so far and I've read them all! Spy School, Spy Camp, Evil Spy School, and Spy Ski School in that order.

Support a local independent bookstore
or
Buy this book from Amazon

Posted by Edfredned at 9:21 PM No comments:

Another Tintin book cover commission (this is the 4th for my client) and this time it's a car chase in Spain.

Their son is getting older, they have a new dog, and their grandmother has joined in the fun. In fact, that's her home in the background! 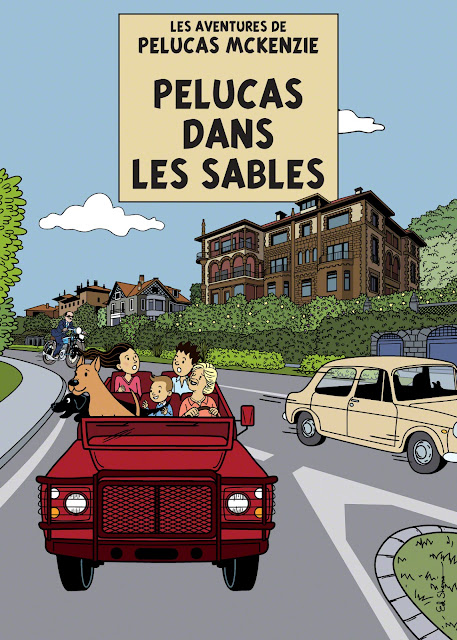 Some work in progress images: 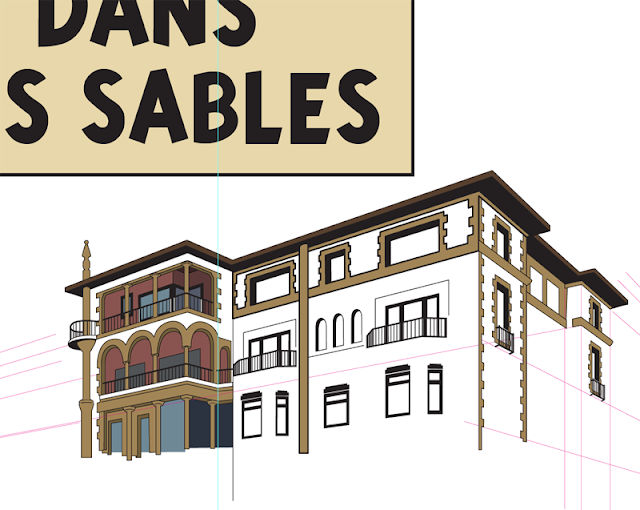 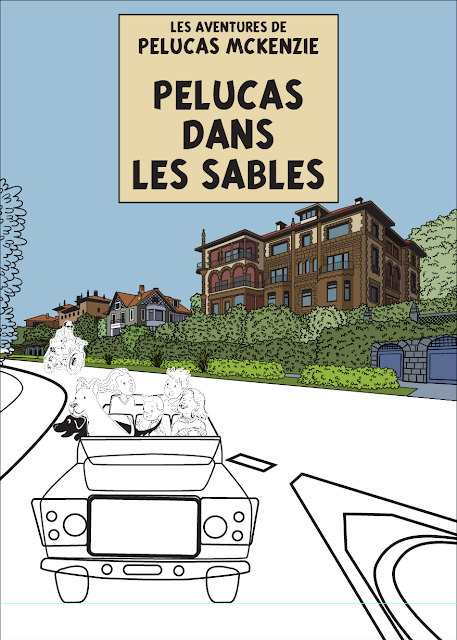 Posted by Edfredned at 10:46 AM No comments: 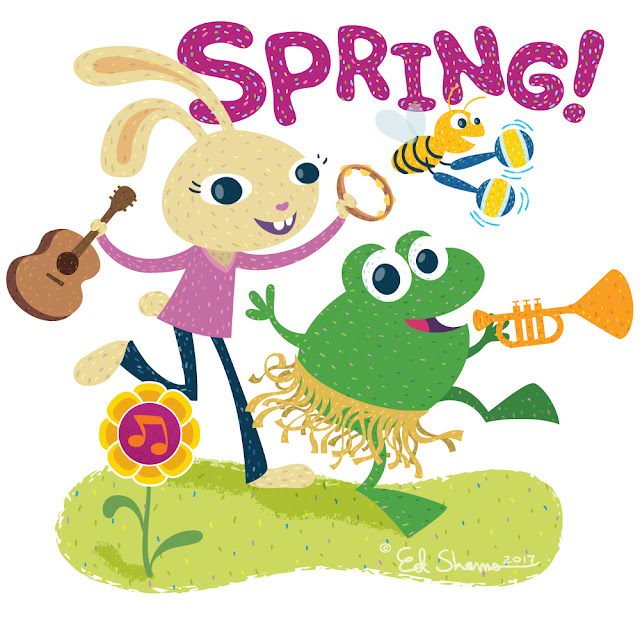 This is a version of an illustration I created for my long-time client, Groovy Baby Music, a school of music for kids, to advertise their Spring semester.

Spring is all about COLOR! FUN! And finding animals in your backyard playing musical instruments!

And this is what Groovy Baby Music's version looked like: 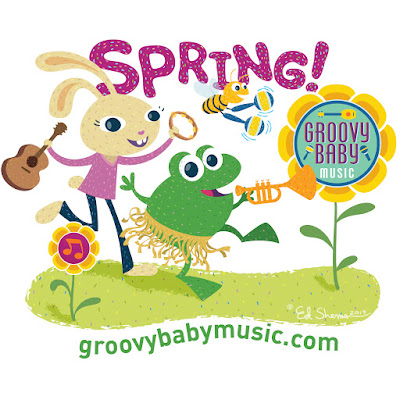 Posted by Edfredned at 10:00 AM No comments:

I created a video for my Yoga for Kids poster on Etsy. Check it out below and then if you have a kid who loves yoga, you can pick up a print HERE.

The poster on a wall, enjoying some sunlight. 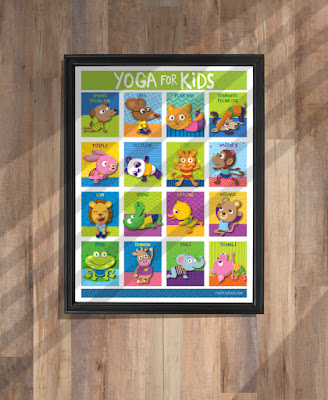 Detail of the poster 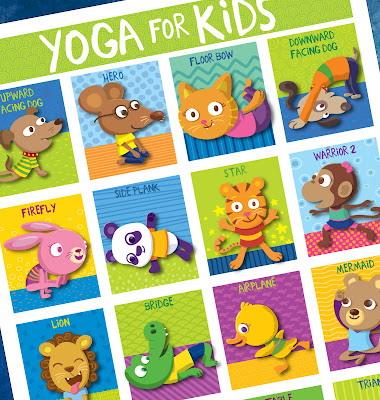 The poses are also available as single prints 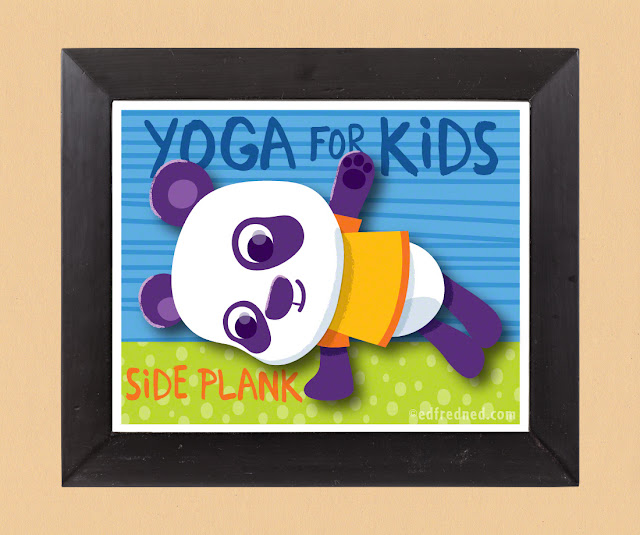 Posted by Edfredned at 1:38 PM No comments: 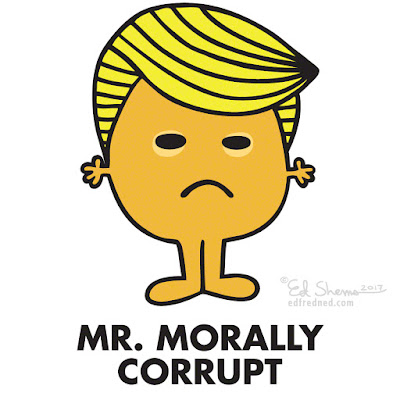 Roger Hargreaves began creating his Mr. Men and Little Miss series in 1971 with characters whittled down to their most basic traits.

If we were to whittle down our current president to his most basic trait, what would be the name of his character?
Posted by Edfredned at 12:24 PM No comments:

A Boy and His (Skeptical) Cat 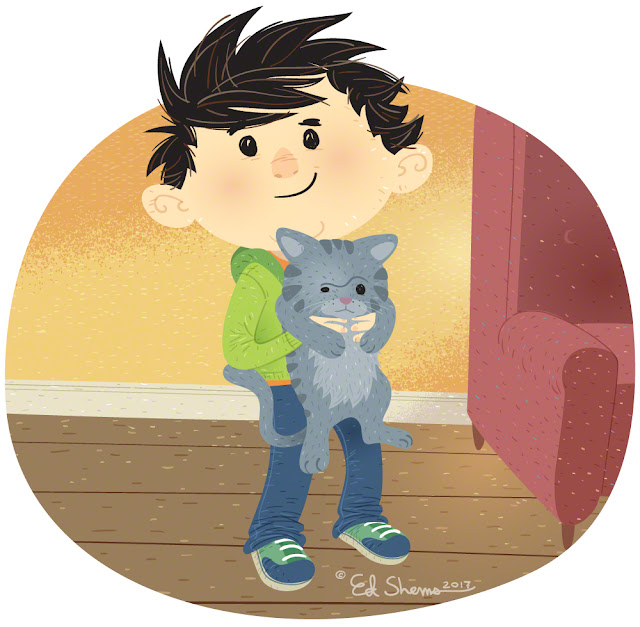 Posted by Edfredned at 4:49 PM No comments:

Happy Groundhog Day!
Welcome to another installment of the groundhog's quest to see/not see his shadow!

This year, the illustration is connected to a chapter book I've begun writing.

In this story, the groundhog has banded together with other buck-toothed creatures of the forest to travel to the Shadowlands and get back his shadow. 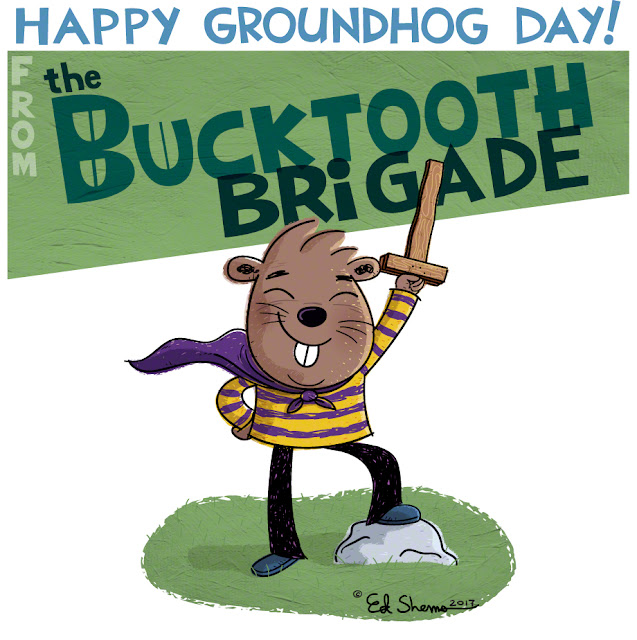 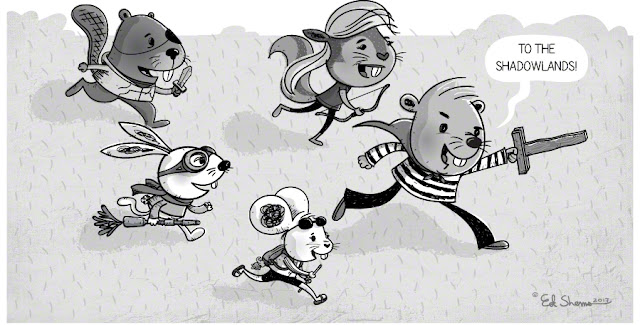 I currently have a 200-page manuscript for a middle grade book getting shopped around with my literary agent, Rick Richter of Aevitas Creative Management and I'm excited to see which publishing house picks it up!

I illustrated a couple of Starting Line Readers for Capstone Publishing and Sports Illustrated Kids and they're out now!
Plus we got a new puppy- her name is Rogue. 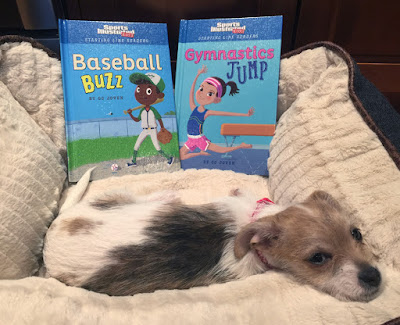 Below are some sample illustrations from both books.
If you're interested in purchasing these books, please consider supporting your local bookstore.

Posted by Edfredned at 3:32 PM No comments: